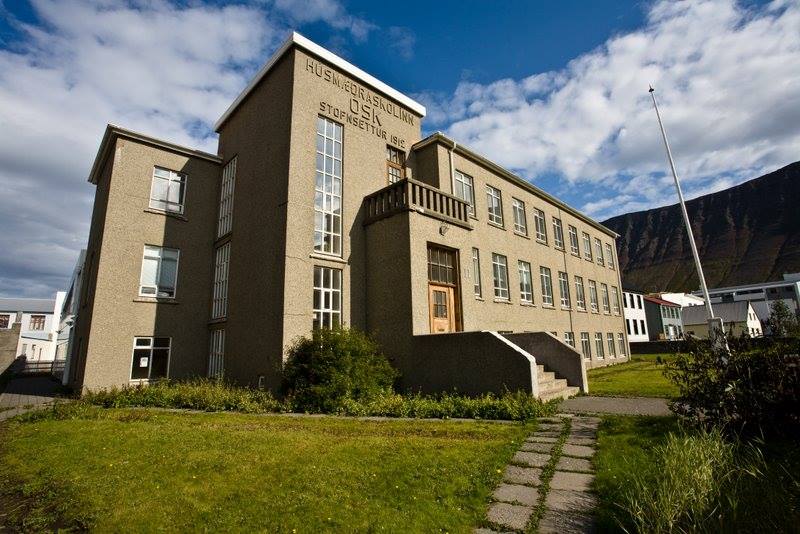 The Ísafjörður Music School is one of the oldest music schools in Iceland, where the music tradition is quite young by European standards. It was established in the year 1948 by the Isafjordur Music Society and at the initiative of Jonas Tomasson sr., organist, composer and bookseller in Isafjordur.

Jonas hired Ragnar H. Ragnar, an Icelandic pianist who was living in the United States, as the first director of the school. Consequently Ragnar moved his family to Isafjordur where he launched a school which soon became well-known in the Icelandic music life, especially for excellent piano teaching.

Many of his piano students have become prominent pianists and musicians. Ragnar directed the school for 36 years, in the last years with the assistance of his wife Sigridur Jonsdottir Ragnar. Since 1984 his daughter, Sigridur Ragnarsdottir, has directed the school, which has grown and developed considerably during this time.

The Ísafjörður Music School is now active in 4 separate communities in Northwestern Iceland (Ísafjörður, Suðureyri, Flateyri and Þingeyri). Registered students are over 250 and the school has 20 teachers on various instruments, singing and theoretical subjects.

Ensemble singing and playing play a great role in the Ísafjörður Music School.

There are 3 choirs in the school, a children´s choir, a youth choir and a festival choir. The festival choir has e.g. performed cantatas by Bach, Händel´s Messiah, Mozart´s Requiem and Poulenc´s Gloria (the last one with the Icelandic Symphony Orchestra in 2008).

The string orchestra has given concerts in Reykjavík, Poland and the Czech Republic.

Its repertoire is limited by its size, but the quality of the performances is quite remarkable.

They have performed mini-versions of Bach´s passions of St John and St Matthew and next autumn they will perform Vivaldi´s Four Seasons in schools in the area.

The brass band of 30 members is composed of people of all ages and different levels of society but there are also two smaller school bands. There are several groups who practise irregularly, guitar ensembles, recorder quartets, accordion ensembles and more.

Public playing and concerts are a very important feature of the school activities and all pupils are encouraged to take part in concerts. Most Wednesdays there is a „samæfing” in the school, an informal concert where the students get trained in performing. Three times a year there are concerts where all pupils are required to participate. In December there are all the Christmas concerts, at the end of February there are special ensemble concerts and in May the spring concerts. Besides, there are concerts for the more advanced pupils throughout the year sometimes with special themes.

The school is very active in the cultural life of Isafjordur. Pupils and teachers are constantly taking part in some kind of activity. It can be a service in the church, playing in the community school or in the old people´s home, in the hospital, for tourist groups, at the opening of a conference and so on.

The school seeks cooperation with other cultural groups in Isafjordur such as choirs and the theatre society. It has very successfully staged some musicals, e.g. Oliver! and The Sound of Music.

The last musical was elected the best amateur theatre performance in all of Iceland in 2003 and consequently invited to the Iceland National Theatre in Reykjavík, where it was shown several times to a full house.

The school works in close cooperation with the local schools, the elementary schools and the junior college. For example, there are regular school concerts and students get credits for their musical study.

The school also has close links to the music department of The Iceland Academy of the Arts.

Their first year students visit Ísafjörður every autumn for weekly stays and the school is an external partner of the Academy in the program Joint Music Master for New Audiences and Innovative Practice Several students from the school are attending the Academy or have already graduated from there.

Every year the school initiates some musical courses for students and teachers, master-classes for different instruments or courses in jazz playing, improvisation, music communication, folk music to mention a few.

Some internationally well-known musicians have also given master-classes in the school, such as the Danish cellist Erling Blöndal Bengtsson, the pianists Ludwig Hoffmann from Germany, Willem Brons from the Netherlands and several more. Every June the school is a participant in the music festival „Við Djúpið”, when several master-classes and concerts take place (www.viddjupid.is).

In the year 1998, in connection with the 50th anniversary of the school, the school building was totally renovated and is now probably one of the best equipped music schools in Iceland.

The year after, in September 1999, a concert hall adjacent to the schoolbuilding was opened. It is called Hamrar, houses an audience of about 150 people, has excellent acoustics and boasts a new excellent concert grand Steinway. Hamrar is used for concerts, conferences and many other occasions.

In the autumn of 2008 the school celebrated its 60th anniversary with „The Great Music Day”.The whole day was dedicated to local music in the whole town, from morning till night. The school band drove around town, twenty private homes were opened to the public and pupils, teachers and others performed music there, an historical exhibition opened, an outdoor concert was held in the town square, a very popular male rock choir gave a concert and so on until at midnight there was a grandiose fireworks show at the harbour.